Japan long known as the Global Center of Academics, Research and Industry
Among the international associations, Japan win out by having largest national memberships.  It also hold an honorary of hosting international association meetings. Supported by good numbers of industry clusters around the country, it favor by many other countries, such as; hosting technical visits and the ease opportunities of doing networking inside Japan.

When it comes to creativity and artistic skills, Japan become the top on the list, uphold by many talented artisans, architects, fashion designers, and open mind creative people, it shapes what we know as the cool and modern Japan. The sophisticated culture, great craftsmanship and strong aesthetic senses become the foundation of the one of a kind services showing in Japan meeting venues, hotels, and its people.

Osaka is a second largest city after Tokyo. This huge port city under Kansai prefecture is served as a commercial center within the Japanese island of Honshu.
<< slide left - right >>
<
>

A city where traditions meet innovations.

Yokohama, located in the south of Tokyo - center of Japan. Known as the most convenient city to visit for anyone arriving from Tokyo.
This beautiful and the 2nd most populous city was one of the first Japanese ports opened to foreign trade, in 1859.
Yokohama is part of Kanagawa prefecture.
<< slide left - right >>
<
>

Okinawa Prefecture is the only subtropical region in all of Japan.
Having MICE event in Okinawa just like having attraction discovered through experiences.
Okinawa Prefectural Government (OPG) is building a coastal resort development project centered on a large-scale MICE facility in east coast of Okinawa island, this will be the first only future formal Convention venue in the region, the Okinawa International Convention Centre is now under building progress. (News updated 2020)
At the moment most of the MICE venues in #Okinawa are handling under hotels, resorts or other unique small venues.
<< slide left - right >>
<
> 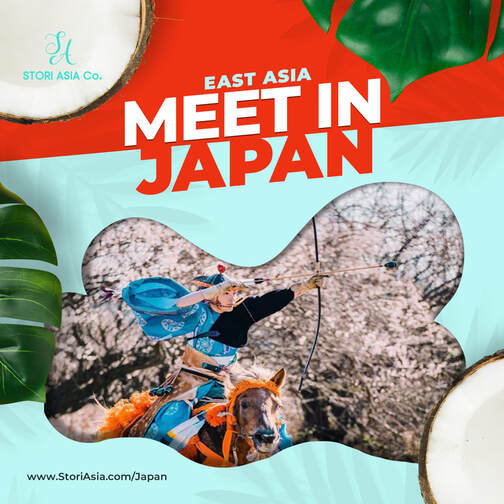 Looking to host an event in Japan?

©DISCLAIMERS: SOME IMAGES ARE COURTESY OF JAPAN NATIONAL  TOURISM ORGANIZATION, AGODA HOTEL PARTNERS/VENDORS, ACCOR LIVE LIMITLESS, CLUBMED PARTNER, FREE STOCKS IMAGES: UNSPLASH AND TO ITS OWN RESPECTIVE OWNERS. WE ARE SUPPORTING JAPAN MICE & TOURISM ORGANIZATIONS AND TO ENCOURAGE PEOPLE TO TRAVEL TO ASIAN COUNTRIES.  KINDLY ASK US IF YOU WANT US TO TAKE DOWN THE IMAGES. HOWEVER ALL WRITTEN ARTICLE ARE ORIGINALLY COPYRIGHTED BY STORI ASIA CO. FOUNDER  ©2016-2021